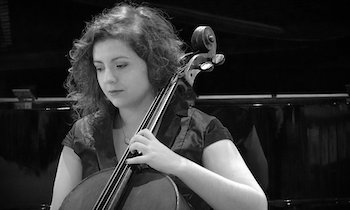 Molly Oldland (previously Molly Parsons-Gurr) began her cello studies in Kent with Anne Smith at the age of thirteen, then completed her undergraduate course at Trinity Laban Conservatoire of Music and Dance with David Kenedy and Naomi Butterworth, then took a place at the Royal College of Music gaining a Master of Performance degree, studying with Alexander Boyarsky and Amanda Truelove. She received the Henry Wood Award (2012 and 2013), and has been funded by the Denne Gilkes Memorial Fund (2012 and 2013), the Lynn Foundation (2012 and 2013), the Kent and Medway Young Musicians Trust (2013), the Folkestone Decorative and Fine Arts Society (2012) and the Albert Cooper Music Charitable Trust (2012), the Seary Trust (2012 and 2014).  Molly has performed in solo master classes held by Natalie Clein, Rivka Golani, Timothy Gill and Nicolas Jones, and taken part in master classes with the Endellion, Wihan, Danish, Carducci, Chilingirian quartets. ​

​Molly's first concerto performance was in Canterbury at the age of eighteen, when she played the Vivaldi Double Cello Concerto, a work which she performed again in 2018 with the Hitchin Chamber Orchestra.  In the last three years Molly has been involved in the JAM On The Marsh Festival. Recitals have included an event at the Foreign Office held by Boris Johnson when he was Foreign Secretary and a performance at the First International Festival of Music at Chateau des Jalesnes in France. Molly was an on-stage cellist in a performance of Dracula, and played in the Women of the World Festival Orchestra at the Royal Festival Hall and on tour in China.

​Molly performs  as a recitalist with pianist Jennifer Carter, and as principal cellist with a number of orchestras around the country. Alongside her performing career, Molly teaches cello and piano at St Albans School, St Christopher School, Letchworth and with the Hertfordshire Music Service. 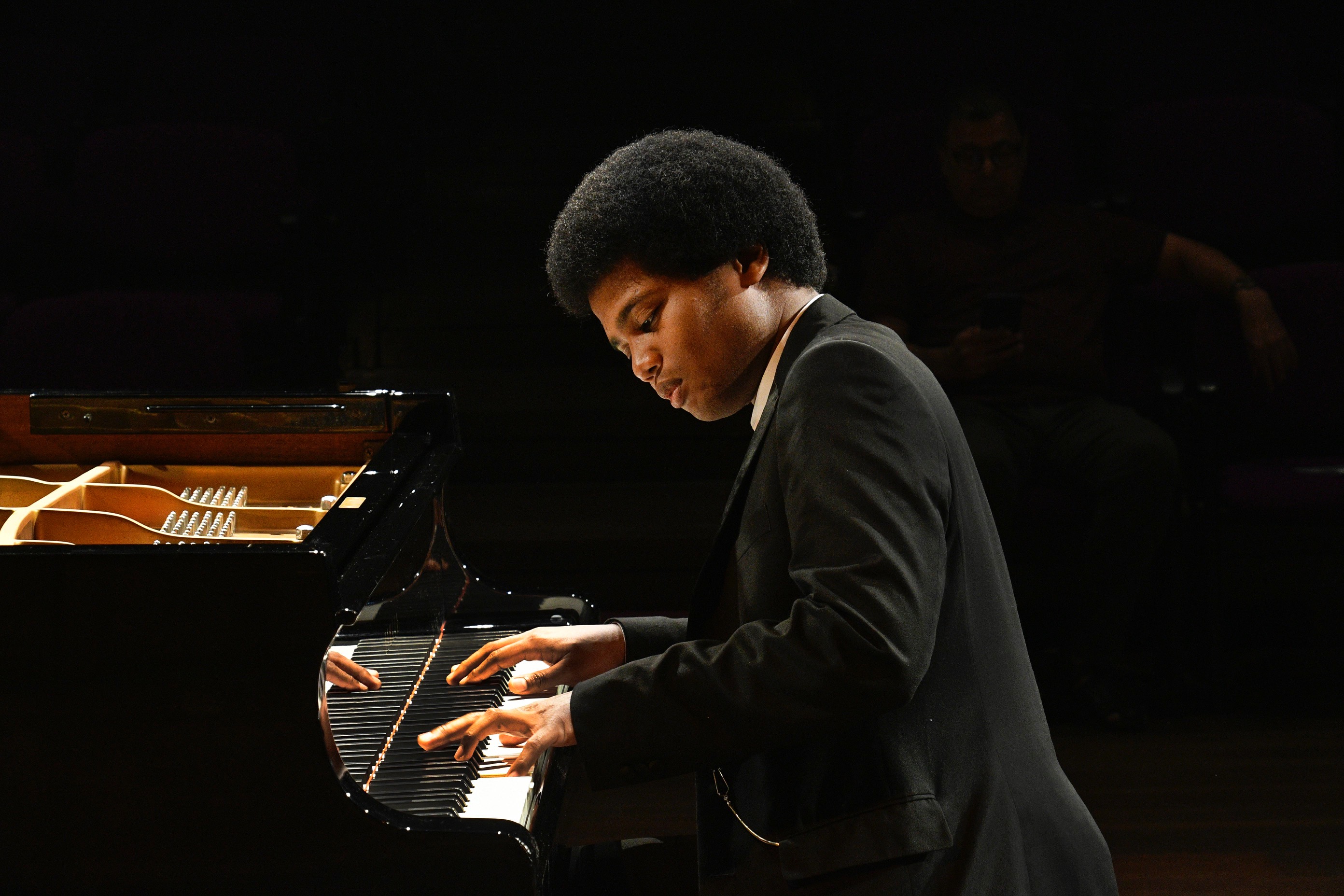 Acclaimed by The Sunday Times for the verve and spirit of his performances, Adam Heron is swiftly
earning a reputation as one of the most innovative pianists of his generation. Winner of the 2020 Harriet
Cohen Bach Prize, Adam rose to prominence following his television debut in 2018 as a BBC Young
Musician piano finalist. Through his unique artistry, coupled with an innate public appeal and flair for
communication, he has become a leading ambassador for classical music across the UK and abroad.
Born in Hong Kong of Nigerian-Filipino descent, then adopted into an Irish family, Adam commands a
demanding schedule of international engagements, featuring solo recitals at distinguished concert halls
such as the International Center for Arts in Cairo and the National Center for the Performing Arts in
Mumbai. Performances throughout the UK have encompassed esteemed venues such as Hampton Court
Palace, Royal Albert Hall, Snape Maltings Concert Hall, Southbank Centre, St Martin-in-the-Fields, The
Holburne Museum, and Wigmore Hall. Festival appearances include The Aegean Arts International
Festival (Greece), The Cayman Arts Festival (Cayman Islands), and The Cheltenham Music Festival
(United Kingdom).

In addition to being an established solo recitalist, Adam is also a devoted collaborative pianist, having
performed alongside eminent musicians such as double-bassist Chi-chi Nwanoku OBE, soprano
Francesca Chiejina, and cellist Laura van der Heijden. In 2016 the celebrated Chineke! Orchestra invited
him to become one of its first concerto soloists, and he has since worked with high-ranking conductors
including David Curtis, Jonathon Heyward, and Pete Harrison.

A laureate of the Stefano Marizza International Piano Competition in Italy and the International Piano
Competition HRH Princess Lalla Meryem in Morocco, Adam studied with Christopher Elton at the Royal
Academy of Music in London, where he held the Hargreaves and Ball scholarship. He has received
masterclasses from renowned pianists including Anne Queff lec, Imogen Cooper, John Lill, Paul Lewis,
Stephen Hough, and Yevgeny Sudbin. Generously supported by Irish Heritage, The Keyboard Charitable
Trust, and The Talent Unlimited Foundation, Adam is currently pursuing postgraduate study at the
University of Cambridge under the supervision of Dr Peter McMurray. 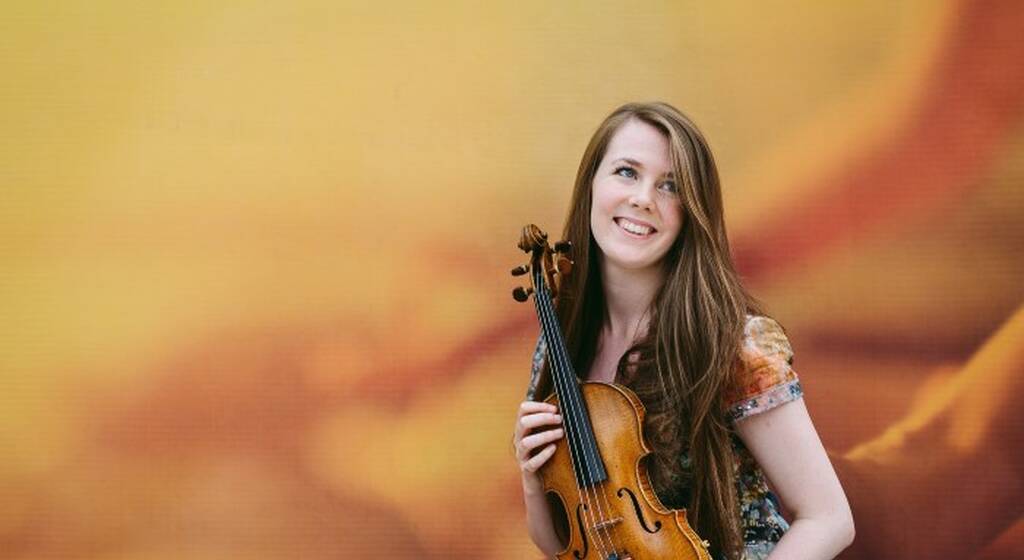 Eleanor is winner of the Royal Overseas League Annual Music Competition 2020, leader of English Touring Opera and a Philip and Dorothy Green Young Artist. She has recorded Stravinsky's L'Histoire du Soldat for Linn Records and performed at Royal Albert Hall Elgar Room, St. Martin-in-the-Fields and Oslo Chamber Music Festival.
This season she is recording Schnittke's Concerto Grosso no. 3 for Sky Arts at Abbey Road with Charles Hazlewood and Paraorchestra, performing concertos by Mendelssohn, Bruch, Kabalevsky, Mozart, Ravel and Sibelius with orchestras across the UK, and makes her WDR debut with Pocket Sinfonia, her award winning flute, cello, violin and piano/fortepiano quartet who have performed at REMA European Early Music Summit, Brighton Early Music Festival and National Centre for Early Music.

Eleanor has worked as an orchestral mentor at the Royal Academy of Music, working closely with the string principals as a mentor, and taking first violin sectionals.

Her violin is generously loaned to her by the Harrison Frank Foundation.

DSO is a member of the Amazon.co.uk
associates programme. If you go to the Amazon site and make  an order via this Amazon link, DSO will  receive 5% of anything you spend on  anything (in any category) during your visit.